How Is CBD Topical Useful For Treating Dermatological Conditions?

How Is CBD Topical Useful For Treating Dermatological Conditions?

Given the therapeutic and medical benefits of cannabinoids, cannabis and its compounds are gradually being legalized in many countries including the US. With the US Farm Act of 2018, hemp cultivation and its derivatives for medical and research purposes were legalized on a federal level. This is because, cannabinoids like cannabidiol (CBD) have therapeutic properties like analgesic, anti-inflammatory, anxiolytic, anticonvulsive, vasodilatory, and antiepileptic effects. Also, one of the emerging fields of interest is the use of cannabinoids to treat dermatological conditions, and the focus of this article is the use of CBD for topical purposes.

The 1990 research into the derivatives of cannabis sativa plants like cannabidiol (CBD) has led to the discovery of the endocannabinoid system (ECS). It is a network of chemical messengers and neurotransmitters that are components of the signaling system within the central and peripheral nervous systems, and the immune system. Moreover, ECS plays a significant role in regulating homeostasis because of its active involvement in maintaining physiological functions like body temperature, metabolism, inflammatory responses, pain perception, etc. This also includes skin homeostasis like regulating keratinocyte differentiation and proliferation, mediating skin inflammations, releasing damage-induced keratins, and many more.

Endocannabinoids are bioactive lipids that are naturally produced by the body and released in response to stimuli like inflammations or pain. It has three components: cannabinoid receptors, ligands that bind to receptors, and enzymes to control ligand levels. Two of the more well-known endogenously produced cannabinoids are anandamide acid (AEA) and arachidonoyl glycerol (2-AG), and they activate cannabinoid receptors CB1R and CB2R. This activation is triggered by rising levels of intracellular calcium (Ca) ions. The other major receptors within the ECS are orphan G-protein-coupled receptor GPR55, proliferator-activated receptors (PPARs), and vanilloid receptors.

CB1R receptors are mainly found in the central nervous system, i.e. the brain and spinal cord that controls most of the mind and body functions. Their concentration is especially high in axon terminals of basal ganglia, prefrontal cortex, and hippocampus regions of the brain. Because of this, CB1R activation affects the modulation of memory, motor, and cognitive functions.

Apart from the endocannabinoids produced by our body, the phytocannabinoids naturally found in the cannabis plant like cannabidiol (CBD) and THC also influence the ECS. This is because they have structures like the endocannabinoids, and influences the signaling cascade within the central and peripheral nervous systems, as well as the immune system. Due to this, CBD has the potential for treating diseases, especially dermatological conditions.

Skin is the largest organ in the body and has high concentrations of CB2R receptors. This is because, one of the primary functions of the skin is to act as a physical barrier to toxins, infectious pathogens, etc., from entering our body. So, applying CBD topical activates the ECS through the CB2R receptors and reduces inflammatory response within the skin.

Synthetic cannabinoids produced in the lab like ajulemic acid (AJA), nabilone (Cesamet), AB-PINACA, etc., can enhance the effects of endocannabinoids of the ECS. They can be designed to target and bind to receptors within the central nervous system, as well as the immune system to get a specific response(s). This makes them useful for treating different dermatological conditions by activating the ECS.

The Endocannabinoid System And Dermatology

Due to the presence of high concentrations of CB2R receptors of the ECS on the skin surface, any compound that influences the functioning of ECS will be effective in treating dermatological conditions. It is obvious from the above details that endocannabinoids, phytocannabinoids, and synthetic cannabinoids influence the ECS through its receptors. So, their potential for treating dermatological conditions like inflammatory skin diseases, cancerous growths, skin infections, etc., looks promising.

Their efficacy depends on the mode of delivery like oral consumption and topical application. In general, CBD topical products are safer because in this method CBD does not enter the bloodstream and there is no risk of any kind of psychoactive or psychotropic effects. The other advantage of topical application is that it provides quick localized relief from skin discomforts like inflammations and pain. So, it is useful for treating acne because it inhibits the secretion of sebocytes and reduces skin inflammation due to acne breakout. Also, studies show that 3% of CBD extract reduces the severity of acne symptoms.

These are some of the key points that you should know regarding the use of CBD topical for dermatological conditions. 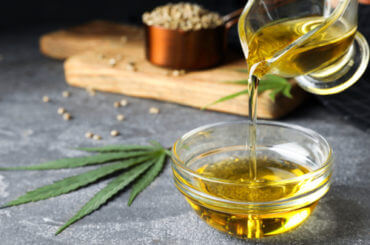 Benefits Of CBD Balm For Your Skin